From the Home Office in the smoke-filled basement of the 5th Avenue Hotel...

6) Kurt Russell sightings begin at Chilhowee Park. Local biker gangs upset when it turns out to be David Keith in an eyepatch.

4) Jack Neely rejoices, reopens circa-1900 saloons on Gay Street. Immediately gunned down in street for 2 dollars and a pint of whiskey.

3) The ghostly spirit of Cas Walker periodically appears, makes angry observation that he was declared an invalid a long time before the County was.


..and the Number One Effects of Knox County's Charter Being Ruled Invalid... 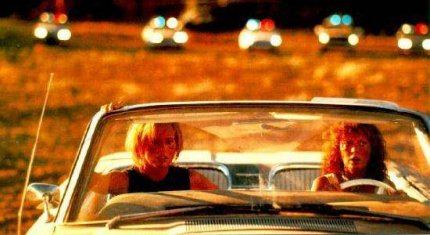 UPDATE: Wow, I wasn't far off the mark:

Two commissioners suspended their campaigns because of a previous ruling upholding term limits and lost in the primary. But as result of Judge Weaver's ruling, both Mary Lou Horner and Wanda Moody dropped out of a race they did not need to drop out of .

"Obviously that (term limit decision) had a tremendous impact on the outcome of the election," Moody said.

"I felt like that was the right thing to do, and I did it," Horner said of her decision to suspend campaigning back in April. "Since they've heard that my telephone has rang, rang, rang, rang."

Neither has any recourse, other than find new ways to get involved in a political process whose future is far from clear after Friday's ruling.

"We'll get through it," Moody said of Knox County.

Lake advisory to boaters on Fort Loudon: Watch for falling cars...
Posted by Barry Wallace at 12:06:00 AM