I figured I'd better open up The Inn again, since apparently it's fashionable again to blog--(oops, that's #7)

10)  There is still a growing "factionalization" of Social Media sites (I think I just coined a word).  No matter how much we hear the mantra of cross-channel and multi-channel content creation, some Social sites still have their major supporters and major detractors.  I personally still rarely use, nor see much value with Pinterest but it still has a large and vocal following.  Google + remains a mystery in it usefulness to me, as it does a lot of the crowd but some still swear by it.  I enjoy the rich business connection potential and useful Groups and other professional connectivity of LinkedIn, but some declare it little more than useless.  Some still decry Facebook and even Twitter, and there are still some hardy Instagram users out there.  Some fierce possessiveness still exists, and middle ground on some platforms seems difficult to achieve.

9) Vine is still basically a novelty.  Since half of the smart phones out there still can't run Vine (it's not available as of yet on Android devices), only the Apple contingent has access to it.  And of that group, it seems few consider it more than a souped up Animated GIF creator.  It may have its uses, and its greatest popularity may be yet to come, but not yet.

8) The most powerful force on the internet is not content, it's not community and it's not Mark Schaefer.  It's snark.

7) Blogging keeps circling back and forth and back and forth as being the most important Social Media tool. It seems to come and go in cycles, and now it's back again.  I think there's a reason for this, and I explain it in #1.

5) For all its good intentions as to putting the Social in Social Media, for me Social Slam remains a decidedly online-only event.  I rarely manage to bring another person from my work team with me to the event, and most of the local people I know that come to the event or are in the Social Media Knoxville group either organize the event, work the event, are speakers, or come in large groups of their own from PR houses or local media.  As such, I only spoke to a very small handful of people in person - the vast majority of my interaction during the day was through Twitter and using #soslam.  I realize I'm speaking totally for myself here, as someone who is a big introvert in large live social activities where I don't really know anyone.  I'm not making an actual complaint or offering up some kind of solution or suggestion, just that people like me exist and it would be nice if I could find a way to interact with more people I don't know at the event. 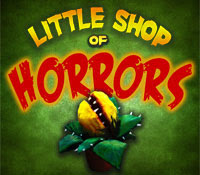 Caveat: This time of year I'm almost always working on a show, so my evenings are filled up with rehearsals and I wasn't able to make either the "night before" or "night of" parties.  Again, Your Mileage May Vary, but the actual social events weren't available for me.

4) If your presentation is lacking, the audience will turn on you.  There were a couple of presenters today who seemed to either wander far afield from their stated topic, or whose comments on stage began to border on insulting and unkind.  The attending community recognized this and reacted in kind online.  A living example of a community in action, both live and online.

3) Content is still, always has been, and always will be, king.  And I love the fact that this one nugget of truth is still held tightly by all who profess to see the value in Social Media and websites in general.  With all the talk of platforms and factions and tools and channels, good (great!) and interesting content is always the goal.

2) Raw, emotional, personal first-hand eyewitness accounts of 9/11 can still hold an audience enraptured and close to tears.  And it reinforced the idea that authenticity in content will attract and hold readership. But most importantly, damn, I hate that day.

1) There's nothing new under the sun.  As a long-time online healthcare marketing professional, I've attended several annual sessions of Greystone.net's Healthcare Internet Conference over the years. As such, I've seen the most popular and most emphasized topics range from simple website design to blogging to podcasts to multimedia to social to mobile and beyond.  I've also recognized points in time where the online world was catching its breath and really waiting for "the next big thing" to hit.  I think Social Media is at that point now, and Social Slam is caught up in the waiting game as well.  None of the main speakers or breakout sessions (that I attended) addressed to any great extent anything really cutting edge or new in either technology, innovation or cultural change.  Facebook and Twitter subjects still dominated the tool discussions, and other new online cultural changes were hard to find in the presentations.  Some years I go to these conferences and can scarcely contain myself from jumping right into all the new things and apps I wanted to try out.  Other than several good, new things from Google I hadn't heard of that my friend @shanerhyne spoke of, I would be hard pressed to really name any particular new items of interest to follow up on.

Mind you, this is not necessarily a bad thing.  In fact, it's really not a bad thing at all.  It means that we can take a break from discussing the latest uber-popular platforms and concentrate on the core topics - the big "C's": content, culture, and clarity.  I came away with a lot of confidence and excitement of the possibilities of how I can improve my content creation - both at my job as Website Coordinator for a large local healthcare company, and for my personal online projects.

So, congratulations, Social Slam - I think 2013 was another successful year for this event.  I think it struggled more to find timely "content" for its presentations than it has in previous years but in a way that was ok.  It left the door open to talk about the subjects that really mattered - finding ways to bring genuine, authentic content that you or your organization are passionate about, to those out there who share the same interest, and using those connections and intersections to form, maintain and grow communities.  And that - not Plussing, Liking, Following, Pinning or snarking - that's exactly what it's really all about.