A Boy and his Magic Golden Flute 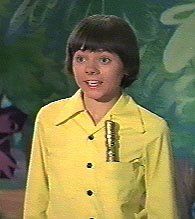 "Actor Jack Wild, who played The Artful Dodger in 1968 film Oliver!, has died at the age of 53. Wild was nominated for an Oscar when he was just 16 for the role. He also starred in late-1960s US children's fantasy TV series HR Pufnstuf.

Pufntstuf was second only to Land of the Lost as the media event that basically defined my childhood. I know a number of you watched and remember this show, about a little boy named Jimmy who was lost with my magic flute, Freddie, on an island filled with talking dragons, owls, mushrooms and a fanatical witch with a cynical castle.

Wild of course was also the Artful Dodger in the 1968 musical, "Oliver!".

He was diagnosed with mouth cancer in 2000 and lived the last several years of his life without a voice box or a tongue. Years of heavy smoking and drinking led to the deadly combination that lost him the ability to speak, and ultimately, his life.

Wild recently said: "Until I was diagnosed with mouth cancer, I'd never heard of it.

"What I learned very quickly was that my lifestyle had made me a walking time bomb.

"I was a heavy smoker and an even heavier drinker and apparently together they are a deadly mixture."

So long, Jimmy. Hope you finally made it home.
Posted by Barry Wallace at 2:56:00 PM