Top 10 Surprises at the Blogfest This Evening

Top 10 Surprises at the Blogfest This Evening

10. Perry Nelson wins rib-eating contest by stuffing 10 in his mouth at once. Still passed out under table.

9. Calhouns employees surprisingly unperturbed at SayUncle and Les Jones randomly firing off rounds into the rafters...

7. Every 10 minutes on the dot, Michael Silence screams out, "Stop the Presses!!"

5. Supreme Court rules Glenn Reynolds term limited, wife Helen appointed to serve out the remainder of his term at Instapundit.

4. Bad reaction to spicy buffalo wings causes LissaKay to blurt out she keeps photos of Nixon and Reagan under her pillow at night.

3. Michael Faulk tearfully reveals he secretly loathes the mountains and would much rather live in a very deep valley.

And the #1 Surprise at the Blogfest This Evening... 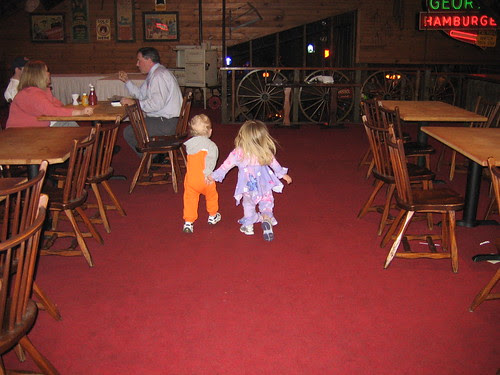